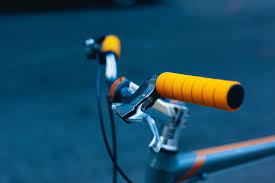 Huntington Beach, California (May 28, 2021) – A bicyclist died after being struck by a suspected DUI driver in Huntington Beach on Thursday afternoon.

Huntington Beach Police said the fatal bicycle accident happened at about 1:35 p.m. May 27, on Pacific Coast Highway at 1st Avenue.

The bicyclist, who has since been identified as 68-year-old John Crouch, was crossing the intersection when he was struck by a silver Toyota Yaris that was traveling westbound.

Crouch, Huntington Beach resident, was transported to an area hospital where he died while being treated, according to the Orange County Coroner’s Office.

The driver of the Toyota, a 23-year-old man from Bloomington, remained at the scene and cooperated with the authorities. He was later arrested on suspicion of DUI.

More information about the crash was not released.

The CHP is investigating the fatal crash.