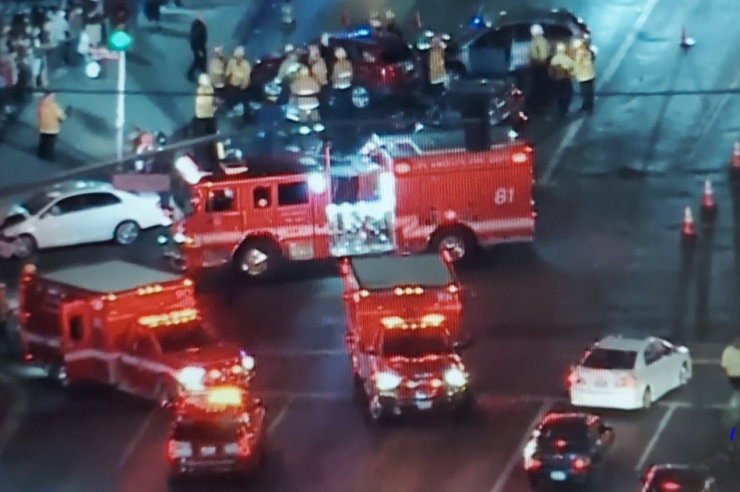 Four vehicles, including two that were parked, and a pedestrian were involved in the accident. The events leading up to the collision were not immediately established.

The Los Angeles Fire Department responded to the crash and transported six injured people to the hospital for treatment.

Two other victims declined transport and were treated at the scene.

If you or a loved one has been injured in a motor vehicle accident and would like to seek justice, contact an experienced car accident lawyer today at Click to call : 866-803-6502

1 Injured in Car Crash on Highway 14 near Pearblossom Highway in Palmdale Palmdale, California (August 12, 2022) – One person was injured in a car crash that occurred in Palmdale on Thursday afternoon. According to a...

1 Killed in Head-On Collision on Highway 20 in Williams

1 Killed in Williams Car Accident on Highway 20 near Walnut Drive Williams, California (August 12, 2022) – One person was killed in a head-on collision on Friday morning in Williams, Colusa County. The deadly collision...

Timothy Briley ID’d as Bicyclist Killed in Collision on Pacific Coast Highway in Huntington Beach Huntington Beach, California (August 12, 2022) – Timothy John Briley, 42, has been identified as the man who was...